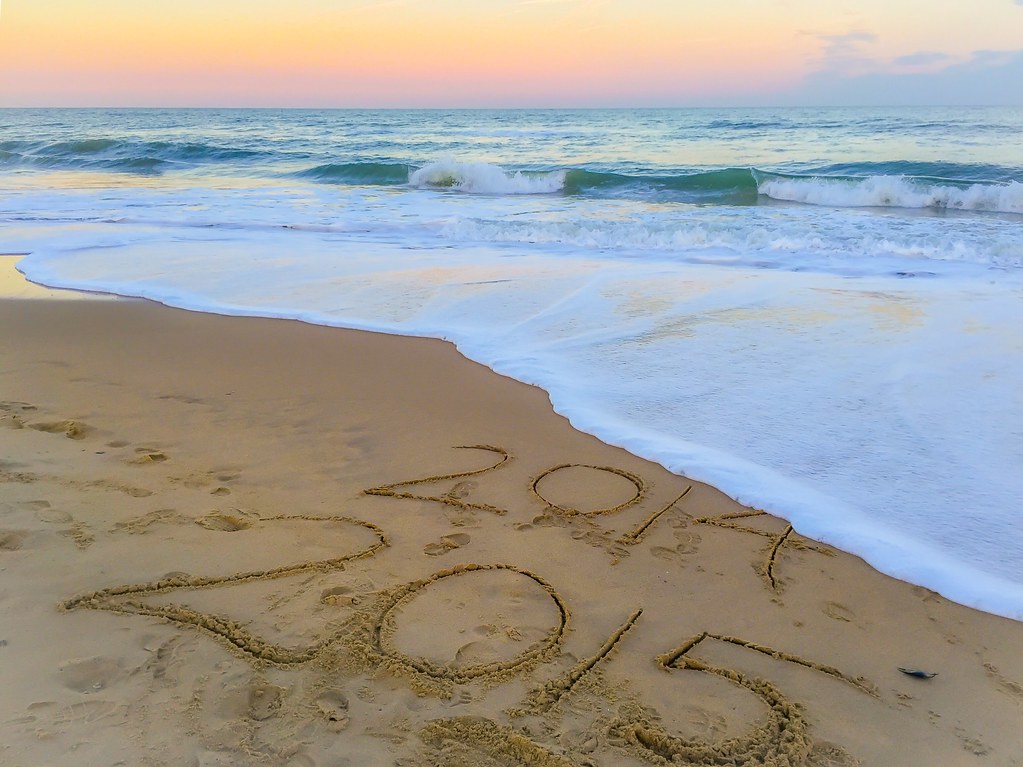 Ten years ago, at the end of 2004, I was pretty sad the year was ending. It was a pretty epic year full of travel and changes and big moves. I didn’t know how 2005 or any year after it could measure up. Tonight, as I was walking on the beach just before the sun went down, I decided that 2014 was finally a year that measured up to 2004. But this time I’m not quite as sad to see it go. I’m a little more settled than I was back then, so I know 2015 is lining up to be a great one, too. Fingers crossed, anyway.

Work
PMP Certification – FAILED
ITIL Certification – FAILED
Salesforce Administrator Certification – ACCOMPLISHED – Certified Salesforce Administrator, September 26.
Salesforce Advanced Administrator Certification – ACCOMPLISHED – Certified Salesforce Advanced Administrator, December 30.
Force.com Developer Certification – FAILED
Attend Dreamforce again – ALMOST – I didn’t make it to Dreamforce, but I did make it to the Salesforce1 World Tour Event in New York City on November 19.
Successfully get data governance committee up and running – ACCOMPLISHED –  Launched data governance committee, January 10. Second data governance meeting went really well, February 25. Meetings haven’t been quite as organized since we went live with Salesforce, but we do have some data initiatives going on right now.
Develop a new strategy for keeping my email under control – ACCOMPLISHED –  This awesome out-of-office message made it so I didn’t need to worry about drowning in e-mails the entire time I was on vacation: Aloha! I will be on vacation in Hawaii from March 28 through April 5. I will be checking emails intermittently, so if your email is urgent, please write me back and let me know by putting URGENT in the subject line (but keep in mind I’ll be six hours behind EDT). If it can wait until I return, please write me again on or after April 7 because it’s quite possible your original email will be lost in a sea of unread messages in my Inbox by then. 🙂 Pineapples & palm trees, Lisa DeNoia. After we went live with Salesforce, Chatter became my strategy for keeping my email under control. The new Google Inbox is helping me keep my personal email account under control, too.

Blog
Redesign the blog (again) – ACCOMPLISHED – Redesigned and renamed the blog, January 26.
Post a series of gluten-free recipes (I’m hoping this will motivate me to cook more?) – FAILED
Participate in Nicole‘s “Finish This” series – ALMOST – Co-hosting Finish This… series. Wrote four posts in January. I haven’t been doing quite as well with this in February — I’m going to catch up, though. I completely failed at this in March. Sorry, Nicole! And continued to do so in April. I posted one of these in May, but I seriously need to get it together. 🙁
Write something hilarious – ACCOMPLISHED? – My out-of-office message above? 😉 I also wrote the clues and the script for the Where in Salesforce is Carmen San Diego? training game we created for sales training in December. Parts of that were pretty hilarious.
Plan a link-up for next year’s resolutions – FAILED

Travel
Plan a girls trip – ACCOMPLISHED – Went to Disney World with Kate, October 2-6.
Visit Nicole in Texas – FAILED
Visit Regina in Colorado – ALMOST – Regina never moved to Colorado. So I visited her in Pennsylvania, December 29.
Visit Tara in Ohio (or meet her somewhere cool) – ALMOST – Tara came to visit and stayed in my new guest room (which is definitely somewhere cool), September 7.
Visit my brother in Jacksonville and take a road trip down the coast of Florida to Key West – FAILED
Eat pineapples in Hawaii – ACCOMPLISHED – I ate pineapples every day in Hawaii, March 28-April 5.
Play poker in Las Vegas – FAILED
Taste wine at some vineyards – FAILED
Take pictures of the Cape Hatteras lighthouse – FAILED

New Things to Do
Shoot a gun (well) – FAILED – I almost crammed this one in at the last minute, but we got to the range at 3:30, and they closed at 4pm for New Year’s Eve. Next year.
Learn to play the  ukulele (at least one song) – FAILED
Eat a clam – ACCOMPLISHED – Ate a clam @ Metropolitan Oyster Exchange, early April. I didn’t love it, but I ate it.
Acquire some kind of bar cart or wine rack (liquor bottles are taking over my counter) – ACCOMPLISHED – Acquired wine rack/bar, January 12.
Take a dance class – ALMOST – I took a MixxedFit class at the  gym by my house in October, does that count?
Start a good things jar (or maybe a virtual one) – ALMOST – Started virtual “good things” jar in Evernote, January 4. I started it, but I didn’t really keep up with it. Oh well.
Get that damn container of books out of the back of my car – ACCOMPLISHED – Container of books out of car and put away on a new shelf, January 12.

Financial Goals
Put more money in the 529 college savings plans I opened for my BFF’s kids – ACCOMPLISHED – Money transferred for Christmas gifts, December 24.
Increase monthly TD Ameritrade transfer to $325 in January and $350 in June – ACCOMPLISHED – Increased monthly TD transfer to $325, January 4. I don’t know why I said June here. I meant July. But this is done, July 5.
Start a new business (preferably with another person — I think it would be more fun that way) – FAILED
Create a 2014 budget and track my progress against it monthly in Mint, Quicken or some other tool – ALMOST – After 10 months, I’ve decided Mint isn’t my cup of tea. Quicken reinstalled, November 2. In the end, I’m going to say I created the budget, but I never really stuck to it.
Achieve the savings and net worth goals I wrote down in my budget – ACCOMPLISHED – Savings goal for TD Ameritrade account achieved, November 10. Net worth goal achieved as of sometime in August or September from what I can remember.

And, as usual, make one new resolution every month – ALMOST
January: Get new running shoes – New running shoes arrived, January 8.
February: Complete Salesforce Administrations Essentials for New Admins (ADM201) training online – I’m almost done, but I have about an hour and half left. However, I’ve accomplished more than eight average human beings this month, so I refuse to insinuate that I failed at this. I’m going to get it done as soon as I can.
March: Complete PMP application – Fail.
April: Stop leaving work after the sun goes down – Accomplished. Thank you, DST.
May: Put a bed in my guest room – Bed in the guest room, May 23. Mattress on the bed, May 25.
June: Have the VHS of my high school history project converted to digital media – Failed. I forgot I even wrote this down.
July: Apply to volunteer for Big Brothers Big Sisters – Kind of. Apparently Big Brothers Big Sisters only exists on the Peninsula, and they don’t accept volunteers from the Southside. Which makes sense — it would be difficult to commit to driving all the way up there at least once per week. I’ll look for something else.
August: Fail because I didn’t post my update.
September: Sign up for the Salesforce Administrator exam (and take it). Also, beach days. As many beach days as possible. – Passed my Salesforce Administrator exam, September 26.
October: Fail. Didn’t post a resolution update, but if I had, I would have said, “Have an amazing time at Disney World.” Which I did. 🙂
November: Complete Salesforce Administration Essentials for Experienced Administrators training – Fail.
December Fail because I didn’t post an update, but I did finally finish November’s.