By Lisa D.December 31, 2017resolutions
No Comments 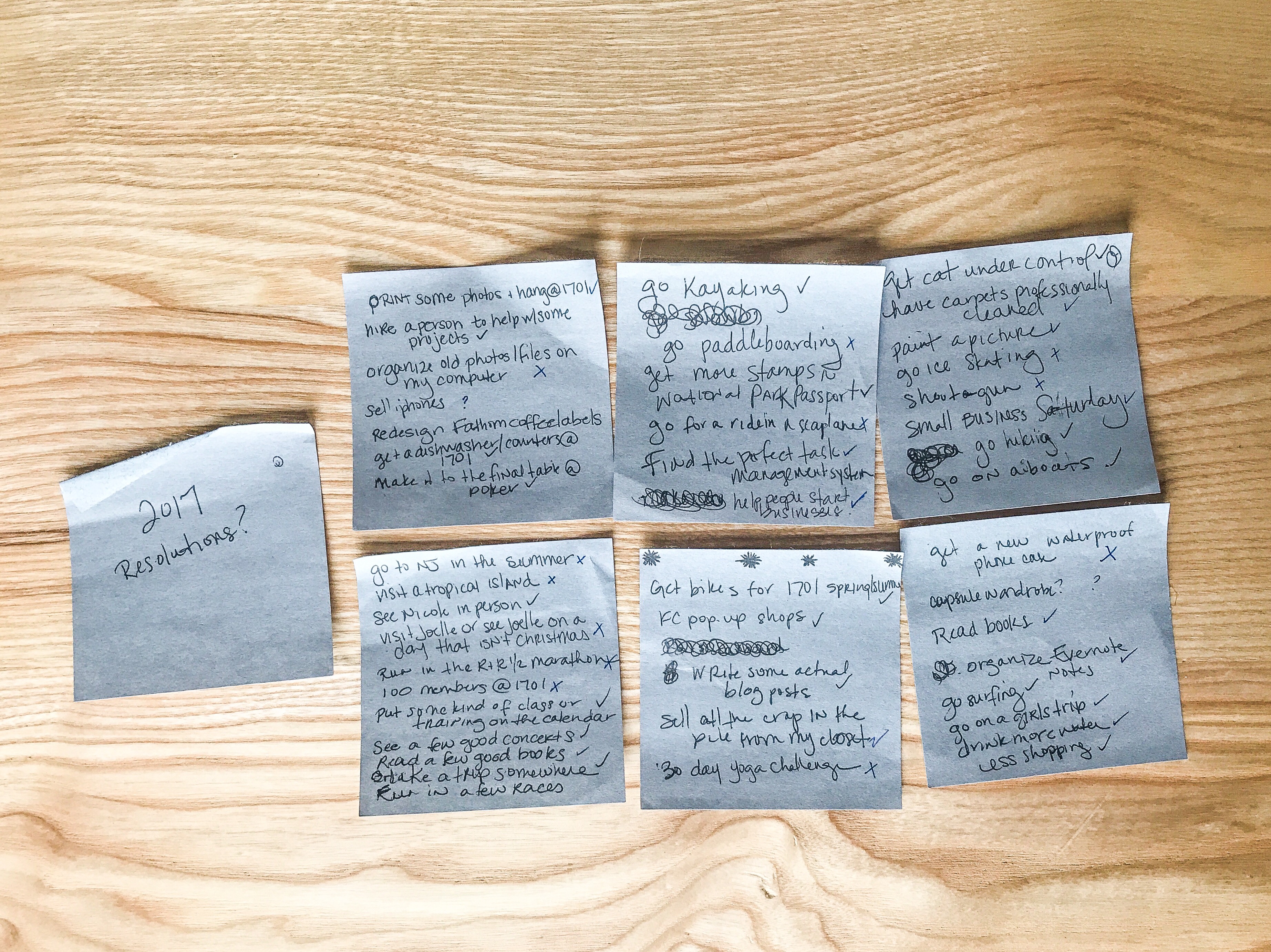 Ah, the case of the missing 2017 resolutions. The resolutions that never were. Or were they?

I jotted these down on Post-Its on January 1st and just never got around to posting them. Halfway through the summer, I found them stuck inside the cover of my Sudoku book, and started checking them off.

So, in case you’ve been waiting with baited breath for 365 whole days…here are/were my 2017 resolutions:

28 accomplished, 14 failed. Those might be my best numbers ever. 🙂

As for 2018, well…I’ve spent the entire weekend working, cleaning the house, and watching movies, while intermittently snacking on homemade gluten-free cookie dough stowed away in the fridge. So if I wake up tomorrow without salmonella, I think I’ll be heading in the right direction. 😉

Also, my brother is in Japan. He says hello from next year. He says 2018 is pretty chill — you’ll like it.