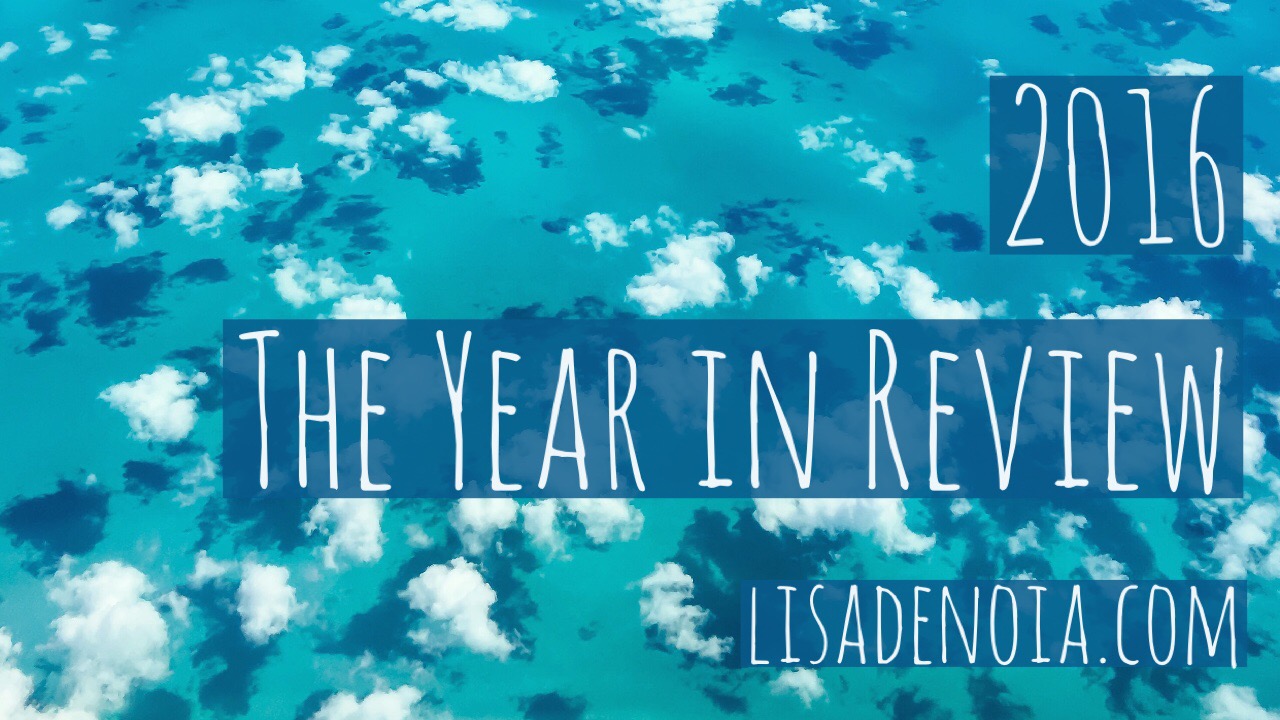 This post is going to sound a little redundant. My business partner and I opened a coworking space this year. Thinking about it, working on it, and working in it take up a majority of my time at the moment, and it’s definitely the thing I’m the most excited about and proud of right now. So I’m basically going to talk about it over and over and over again in this post. 🙂

Overall, 2016 was pretty amazing. The first half was full of epic vacations. The second was full of business successes. Can’t ask for much more than that.

What did you do in 2016 that you’d never done before? Rode a jet ski, snorkeled with a turtle, drove on the opposite side of the road, leased a commercial building.

Did you keep your new years’ resolutions, and will you make more for next year? I only had one real resolution, and I kept it. I will probably go back to my normal list for next year.

Did anyone close to you give birth? No.

What countries did you visit? A little bit of this one plus the USVI and BVI.

What would you like to have in 2017 that you lacked in 2016? The perfect project/task management system for a team. I’ve tested so many, but I’m still looking for the right one.

What date from 2016 will remain etched upon your memory? June 8th – We signed the lease on 1701 Baltic Avenue and opened a coworking space.

What was your biggest achievement of the year? Turning off an old quoting system at the company where I used to work (without anything going drastically wrong, anyone crying or complaining about it, and hardly anyone in a high-level position outside of the department changing systems even realizing we had switched). Making this sweet video of my trip to Florida with my mom. Opening a coworking space in Virginia Beach, filling it up with furniture and members, and creating a real community where people have begun collaborating on projects and working together.

What was your biggest failure? I’m so far from being a failure right now that I’m not even going to justify this with an answer this year. 🙂

Did you suffer illness or injury? I got a mosquito bite in St. John that hung around on my shoulder for so long that I actually gave it a name. Ursula. Other than that, the closest thing to an injury was probably the huge red welt that popped up on my arm after I got a flu shot in October…and took a few weeks to go away.

What was the best thing you bought? This waterproof camera housing for my iPhone that enabled me to take some really amazing photos on my two vacations earlier in the year.

Whose behavior merited celebration? Anyone who had anything to do with getting 1701 up and running: Ray for helping us find the building. Joel for telling us to go for it. Peter for becoming our first member. 39 other people for becoming members after that. John, Bob, Susan, Monique, Jordan, Tommy, Willie, Sam, Alexis, Michelle, Courtney, Laurie, Lindsay, Louis, Mike, my parents, Mary, Alex, Shawn, Tommy, Fred, and anyone else who painted, built furniture, carted debris out of here, delivered us pizzas, manned the front desk, promoted us, gave people tours who walked in off the street, accepted UPS packages, hung art on the walls, posted about us online, prepped for an event, sold coffee, and/or helped us in pretty much any and every way possible to get this place up and running. Kelsey for painting this incredible mural on our wall. My parents for loaning me a few dollars here and there when I needed it. And Jeff for being the best business partner I could have found in this world.

Where did most of your money go? Into my businesses, mostly 1701.

What song will always remind you of 2016? Native Tongue by Quinn XCII. My cousin played it for me the day she moved in for the summer, and I’ve had it on repeat on and off ever since.

Compared to this time last year, are you:
Happier or sadder? Happier.
Thinner or fatter? About the same.
Richer or poorer? I can’t really tell. I have less cash, but I invested it all in my businesses, so we’ll see.

What do you wish you’d done more of? Trusting my first impressions of people.

What do you wish you’d done less of? Crying about my old job, trying to please my old team, giving people I didn’t trust right off the bat the benefit of the doubt.

How will you be spending Christmas? I headed up to New Jersey for Christmas, as usual. I baked gluten-free cookies with my mom. My brother’s ship came back Christmas Eve, so we watched some footage of that live on Facebook. I spent Christmas Eve at my grandparents’ house with my parents, aunts, uncles and not-so-little cousins. I stopped at Kristy’s, then Regina’s after that. Regina gave me the Oregon Trail card game as a gift, and we played it. It’s for 2-6 players, but the goal is to get to the end with at least one person in your wagon still alive, so we played with four imaginary players: Steve (our friend who couldn’t make Christmas Eve this year), Tater (Regina’s dog), Porkchop (Regina’s other dog), and Colby (Regina’s bird). We won. On Christmas morning, I opened gifts with my parents, and we went to my Uncle Cricket and Aunt Angel’s house for dinner. I spent Monday shopping with my mom, and then catching up with Ed, Jane, Ren, Robin, Aidan and Jennilee! On Tuesday morning, I met one of the owners of Cowerks in Asbury Park and then had lunch with my mom, Ryan, and his mom before headed back.

What was your favorite TV program? Good Girls Revolt, Mozart in the Jungle.

Do you hate anyone now that you didn’t hate this time last year? Yup.

What was the best book you read? Grace Hopper and the Invention of the Information Age by Kurt W. Beyer.

What was your greatest musical discovery? Sonos.

*What was your favorite meal? Courtney moved in with me for the summer, and there was this one night we went to Beach Movie Bistro. I have no idea which movie we saw, but we ordered an impressive amount of items off the menu. We ate enough for eight people, and it was amazing.

What did you want and get? A new mattress.

What did you want and not get? A dishwasher for 1701/Fathom Coffee.

What was your favorite film of this year? Moana.

What did you do on your birthday, and how old were you? I was 35. I had brunch with a few friends at Metropolitan Oyster Exchange, and then went shopping with Cassie. Later I had dinner with John. And the following weekend, we celebrated again at the Jimmy Buffett concert with my parents, Amie, and Byron.

What one thing would have made your year immeasurably more satisfying? I can’t really think of any a single thing. This year was pretty satisfying.

What political issue stirred you the most? Sticking with my 2015 answer: Donald Trump is ridiculous.

*What mystery from 2016 was never solved? Will people get towed if they park in the lot behind our building?

Who did you miss? Grandma Tillie, Mele, my brother while he was on deployment, and Jessie.

Who was the best new person you met this year? I met so many interesting and amazing people this year. I really can’t name just one.

*Did you start any new traditions this year? Yes. Small Business Saturday Pop-Up Marketplace at 1701 in the ViBe Creative District!

Tell us a valuable life lesson you learned in 2016: Do what you want to do, not just what you can do.

Quote that sums up your year: “The best way for us to get something done in 20 minutes is to start working on it 20 minutes before it needs to be done.” ~Myself